Cool-Therm has won a prestigious Architects’ Journal award for a project at Canary Wharf. It involved replacing the cooling and heating system in one of London’s iconic buildings on behalf of a major financial organisation. 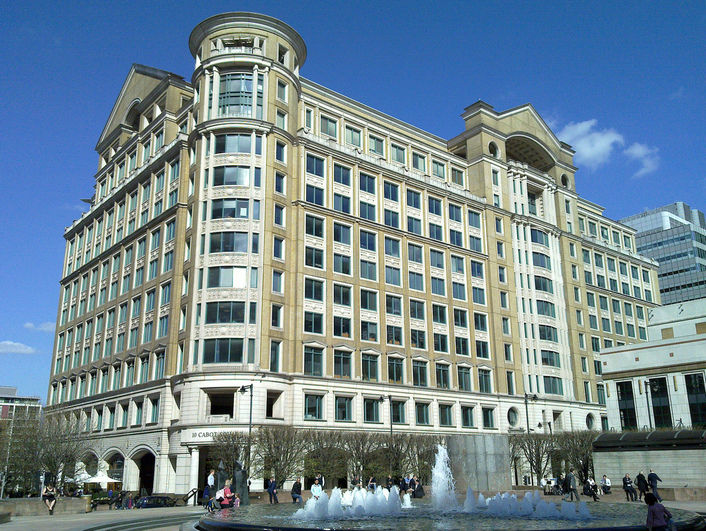 The new system has dramatically reduced building running costs and carbon emissions, while providing outstanding indoor comfort for occupants. As a result, Cool-Therm was presented with the award for Product Innovation of the Year in the Architects’ Journal Retrofit Awards 2016, presented at a gala evening in the City of London.

Designed and installed in a collaboration between WSP/PB London, Gratte Brothers and Cool-Therm, the replacement system is based on all-fresh air heating and cooling. This is supplied by high performance Air Handling Units (AHUs), with a combination of water-to-air heat pumps and dx heating and cooling.

Following installation, energy costs have been reduced by some £255,027 a year, amounting to nearly £5000 per week. Savings will continue to accrue over the anticipated 10 to 15-year operational life of the plant, delivering total lifetime savings of between £2.55m and £3.8m.

The key to its efficiency is the harnessing of energy from the condenser water system which serves the building predominantly for cooling. The building was originally equipped with a hvac system based on six US-made Mammoth fresh air AHUs, providing dx cooling with electric heating.

The system was inefficient and under-sized given the increase in the building occupancy density building over time. It was also proving expensive to maintain. The brief was to replace the system to deliver substantial savings in energy running costs and carbon emissions, while increasing the supply air capacity by 25per cent.

The plan had to be based on an all-fresh air system to maintain a high quality indoor environment. Despite the increase in duty, the replacement solution had to occupy the same or smaller footprint as the original plant due to space restrictions on site.

The phased project had to be carried out over three separate, carefully managed stages as the existing ventilation system could not facilitate a total shutdown of fresh air systems. 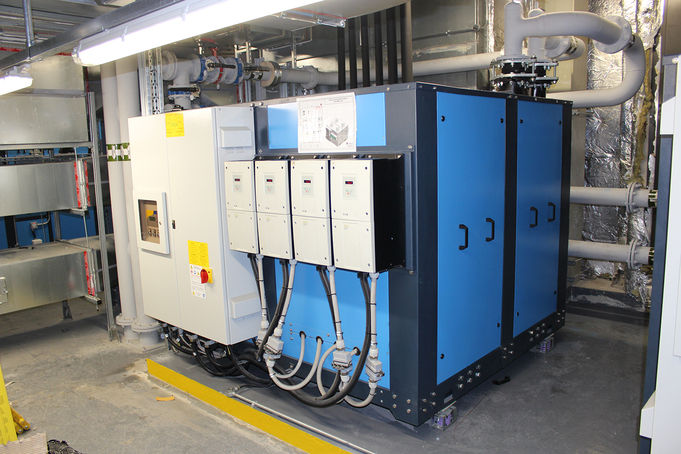 To minimise energy usage in heating mode, heat from condensing water (normally discharged via the building’s cooling towers) is captured by the heat pumps for use in pre-heating air.

To ensure the purity of fresh air supplied to the building, a two-stage filtration process is used. As a result of the successful completion of the project, Cool-Therm was invited to bid for and successful won the contract to replace the ageing chillers on the building.