Cool-Therm has introduced Teslamiser, an innovative high-tech battery back-up system for use with Turbomiser chillers.
The compact power-pack uses the latest lithium polymer batteries, coupled with a smart control system to monitor and control the electrical power supply to the chiller.

In the event of a power cut or reduction in supply (sometimes referred to as a “brown-out”), it connects the Teslamiser batteries into the circuit to replace or augment the lost mains supply.

It also enables end-users such to take advantage of night-time off-peak electricity, when tariffs are lower. Batteries can be set to charge overnight and then used to power the chiller during the day, significantly reducing chiller running costs.
The ability to time-shift electrical demand has a double advantage, as it not only reduces running costs but also enables end users to manage a site’s demand profile in order to reduce peak electrical draw. This reduces exposure to punitive peak demand energy tariffs.

When a renewable energy source such as a photovoltaic supply is available, Teslamiser can be set to charge and store energy when supply is free in the day and release it when supply is reduced or unavailable, at night.
The system also operates as an uninterruptible power supply (UPS), switching in battery supply in the event of a power cut to ensure continuity of chiller operation. This lends itself to critical applications such as data centres and healthcare organisations. 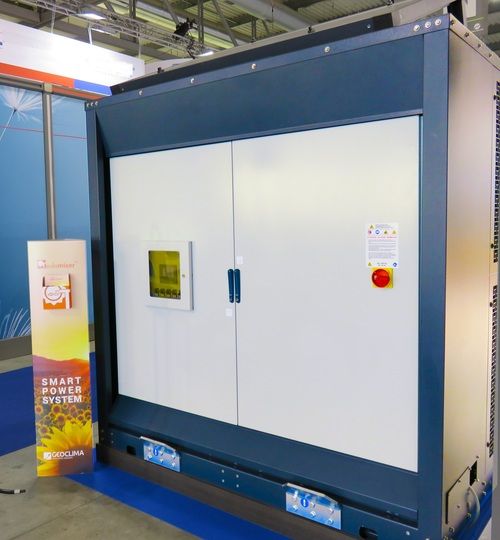 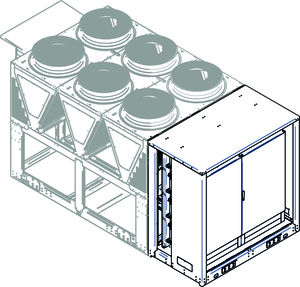 “It’s a particularly attractive option on Turbomiser chillers because the compressors on these chillers have a very low starting current (5A), and from then on the current draw is smooth and steady up to full load operation. We believe this combination will be useful in many situations, particularly for critical applications where continuity of cooling is vital.”

The compact Teslamiser is available as a bolt on module on Turbomiser chillers, as well as a standalone system that can be retrofitted to existing installations. It can be purchased outright, or rented for a monthly fee until the purchase price is paid off, with ongoing savings from electricity running costs effectively subsidising rental charges.